“A lot of times, these governmental entities hide behind that statute and say, ‘That’s all we’re going to pay,'” Michael Goldfarb of Goldfarb Law said in reference to the City of Hollywood’s sovereign immunity protection. 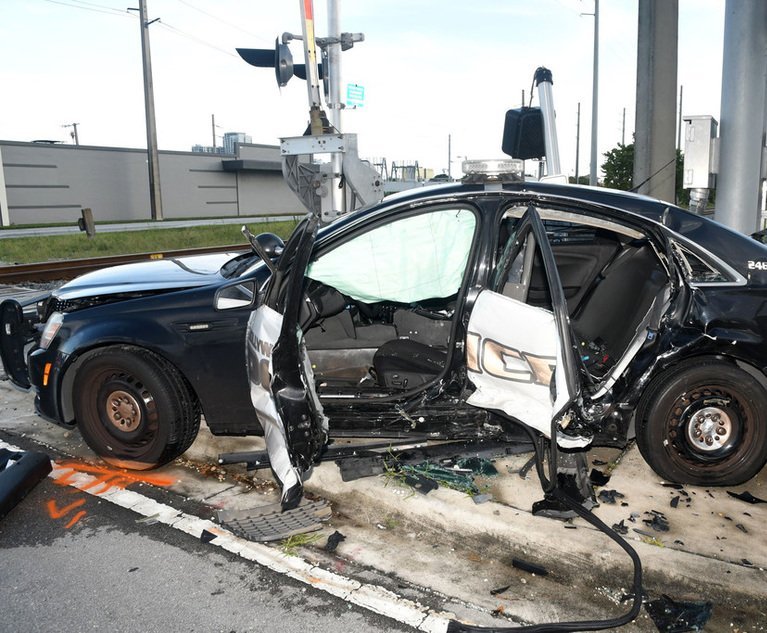 The Hollywood Police Department vehicle that was involved in the crash. (Credit: Lindsey Mancur)

Municipalities with sovereign immunity protection rarely pay beyond their six-figure limits without a verdict and claims bill, Coral Gables attorneys said. However, an exception was a case in which an officer—while providing a woman a courtesy ride—ran a red light and caused a collision.

Michael Goldfarb and Jeffrey R. Davis, solo practitioners who represented plaintiff Lindsey Mancur, announced the settlement Tuesday with the City of Hollywood. Goldfarb said attorneys must ensure the personal injury cases they pursue can withstand difficult litigation because it could take years to settle with a governmental entity or have that case heard by a jury.

“We as plaintiffs lawyers need to push the envelope and take our cases all the way to trial to get the justice that we are fighting for our clients,” Goldfarb said. “We have to exhaust all remedies and options to achieve the goal, when our clients are injured due to the negligence of another.”

John Charles Wien, an attorney for the city, declined to comment on the matter.

Nearly two years ago, Officer Gregory Marino drove his police vehicle while Mancur sat in the backseat in a courtesy, non-custodial ride. Marino ran a red light and caused “an extremely violent impact,” in which Mancur sustained “catastrophic and permanent injuries in the instant collision,” some of which will last a lifetime, according to the amended complaint.

An ambulance transported Mancur to an intensive care unit in which she received treatment for three weeks due to those multiple injuries she sustained, including her collarbone snapping in half, having hardware inserted into her spine, and a concussion. 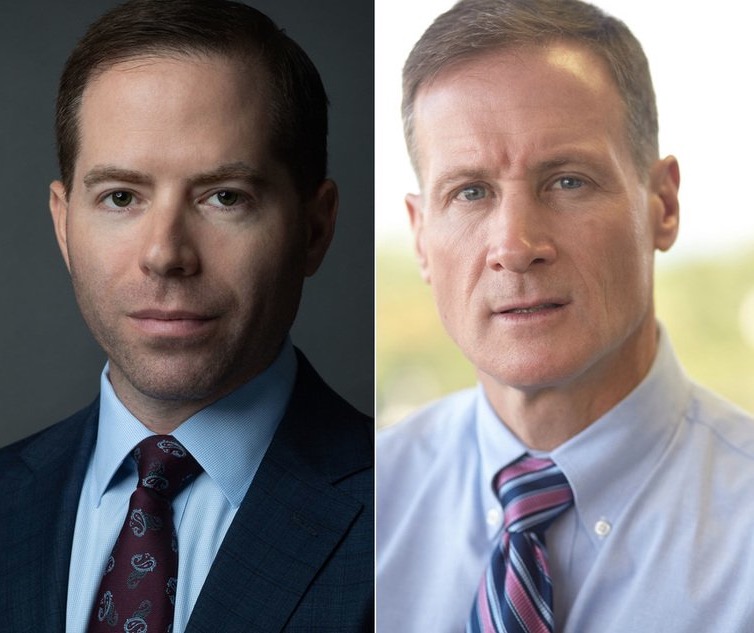 Goldfarb said the main challenge the case presented was dealing with a governmental entity who had sovereign immunity protection afforded by Florida Statute Sec. 768.28, which in the underlying jurisdiction, had a cap on damages of $200,000 per person or $300,000 per claim.

“A lot of times, these governmental entities hide behind that statute and say, ‘That’s all we’re going to pay,’” Goldfarb said. “It is difficult when the government does not care how serious the injuries are because they know that the statute protects them.”

Goldfarb indicated that in a case in which a plaintiff had significant damages, a governmental defendant would usually resolve the case before a jury would hear it. Knowing this, Goldfarb held off a settlement until the case was on the verge of trial. The defendant, on the first day of the three-week trial period, met his demands.

And when Goldfarb called Mancur to inform her that the city was paying its limits, the attorney said she started crying on the phone. His client has three kids under the age of four, including twins that were born six weeks before the crash.

“We were able to obtain every single dollar available for this individual,” Goldfarb said. “If she plans appropriately, with this money, she will be able to care for her kids and herself for the rest of her life.”

Confidential Settlement in a construction accident

Confidential settlement when a pedestrian was struck by a motor vehicle.

Michael Goldfarb is a one of a kind lawyer. He goes above and beyond for his clients. He exceeded my expectations. I am extremely happy with the outcome of my case. I highly recommend Michael Goldfarb...

He kept me up to date and was always willing to talk through my questions and concerns. He performed a near miracle and got my case moving (and quickly resolved) after another firm sat on my case for...

A truly exceptional attorney who got me the best possible outcome

I took a great deal of time researching law firms and attorneys for a personal injury case. I am fully confident I made the absolute best choice in retaining Michael Goldfarb, Esq. Michael truly went...

He works with you directly and is always available. Michael definitely goes above and beyond, anything I needed was taken care of immediately. Michael is highly professional, very knowledgeable,...

Michael assisted me with a motor vehicle accident case and was always responsive,

available, enthusiastic, aggressive and incredible. He helped me from the beginning to a successful result. He is a tremendous young attorney with excellent skills, communication and professionalism....

The information on this website is for general information purposes only. Nothing on this site should be taken as legal advice for any individual case or situation. This information is not intended to create, and receipt or viewing does not constitute, an attorney-client relationship.

No content on this site may be reused in any fashion without written permission.